California is in the advanced stages of setting up a comprehensive regulatory system to oversee all things concerning marijuana.  On June 27, 2017, SB-94 the bill was approved.  Now, every Californian adult may possess (on their person) one ounce and cultivate six plants legally at home.  Previously, without medical marijuana ID, the charge of possessing up to an ounce of marijuana was the equivalent of a speeding ticket.  Now, possession of less than 28 grams is perfectly legal.

These new marijuanas laws will dramatically reduce the burden on law enforcement, for there were over a half million of petty arrests over marijuana possession over the past decade in California alone.   The total costs of those events in terms of lost wages, present and future, social implications, policing, legal and court costs amount into the $ billions of dollars.

Legalization will greatly curb organized crime activities in the marijuana sector, while the marijuana smoking population can breathe easier.  Under the new laws, your landlord or employer may still evict you or fire you for being a marijuana consumer. However, if you are a legitimate user of medical marijuana, landlords and employers often look the other way for.  Today medical marijuana patients are seen as decent folk (allowing discrete use) and this is one reason why you want to still have a medical marijuana card.  Though recreational use is legal, there is still a percentage of the population that may discriminate against weed smokers and this will include some landlords and employers.

Another reason to have medical marijuana ID is that in 2018, when recreational marijuana goes on sale in dispensaries, marijuana card holders will get a 35% discount - becasue they are exempt from paying the California State marijuana tax.

In an nutshell, recreational users are required to follow the same basic guidelines as cigarette smokers in public.  State law protects your marijuana activities inside your own home - for indoor growing - but outdoor growing can be affected by local laws and ordinances, so it is best that you keep up with your county's laws if you grow outdoors.   We emphasize that your landlord or employer may still discriminate against marijuana smokers, medical or not, so it's advised to keep on top of drug testing policies and restrictions in your rental contract.

“No fate but what we make.” - Terminator

REGULATIONS - A BLESSING - A PAIN IN THE ASS

The upcoming marijuana regulatory system is all encompassing or nearly so.  There will be a license and quality control protocol for everything you can think of in the commercial sector: sales, transport, testing, environmental concerns, growing, you name it.  For marijuana businesses, it's going to be a royal pain in the ass, and quite expensive to comply, but there several benefits as well.  For example, the quality of weed will probably go up due to the elimination of illegal grows that sometime use nasty pesticides and whatnot on the weed.

MARIJUANA BUSINESS - YOU'RE GOING TO HAVE TO SHAPE UP

The wild west, that was and is the marijuana business scene in California is going change to structured and legit, as regulator groups get their act together and express their power.  The extremely competitive nature of the "wide-open" scene stands to disintegrate over time.  Now, you can get your medical marijuana ID and weed delivered in hours or even minutes.  Red tape and regulation could get in the way of service, or it could remain like a pizza delivery service - which is what consumers want.

It will obviously take some time to get all the systems working up to speed, but everyone in the business should get on board as early as possible and comply.

Their chance of success in the marijuana business will rise dramatically and the enforcement officials - who is probably going to be more lenient at first - will approve of your activities.  Once you have established a favorable track record, then you're in.  Later on down the line, we're predicting that it will be more difficult - and officials will likely be more picky about following the rule set to a T.

The food and beverages sold in California are strictly regulated but most product contains appreciable quantities of ingredients and chemicals that are detrimental to health.  Literally everything sold in a convenience store contains denatured sugars, carbs and oils of the kind that can and no cause the myriad of health problems, obesity, diabetes, cardiovascular issues and so on.  There is no mystery in this statement at all.

Produce and grains contain ppb to ppm levels of pesticides and herbicides, routinely, so much so that the average consumer can absorb about 1-2 mg of glyphosate, 5 mg of plasticizers such as BPA and phthalates and another 4 mg of a basket of substances that will kill rodents.  The  average chemical cocktail from the average American diet will kill mice within a week or so.  Fortunately we are tougher.  But this intake of chemicals (inasked for) results in disease, physical and mental imbalances and ultimately premature death.

EPA - FDA DON'T NECESSARILY HAVE YOUR BACK

The so called knowledge that GMO, herbicides such as roundup cause cancer is widespread now for several years.  Meanwhile, the amount of these substances goes up yearly as does the exposure to consumers.   This phenomena takes place under a regulatory process overseen by state and Federal agencies - like the EPA and FDA.  At the end of the day, the big corporations control the regulatory process while the population talks incessantly about the problems, but the public has no power, no traction, they don't affect what they consume and any real way.

In the case of marijuana, the powers that be will approve certain pesticides and herbicides and possible GMO strains that are supposedly safe and efficacious.   If may be that the marijuana community could have an impact on regulations that actually work; that is to provide a natural and safe medicinal product.  This means - not using chemicals that are known to cause cancer, do not cause neurological dysfunction and do create tumors and kill rodents - in small doses.

BIG BUSINESS LOOKS TO STEP IN

We're looking at regulations being used as a tool to gradually force small operations out, by incrementally makeing it more costly to do business to the point where they cannot exist.    Larger existing producers will be bought out - for a pretty penny - by the power's that be, who are endowed with billions to invest.   These investors are the primarily pharmaceutical cartel, with government and law enforcement entities VIPs getting a little piece of the pie, to grease the wheel as they say.

These  "traditional" forces want to make everything GMO; which is designed to control agriculture top to bottom: to produce seeds that won't survive without their pesticides, the regulatory agencies paper the laws to stop small competitors, even small gardens from existing.  At the end off the day, consumers of corporate factory food are not doing well.  By every meter: cancer, autism, life expectancy, beauty, fitness populations that eat GMO, non-organic and processed foods are in dire straights.

With that said, the fate of the Cannabis industry is up in the air. Californian's and marijuana people are different.  They have a community spirit and kinship, they have banded together to influence the regulatory process.  However, over the long haul, it remains to be seen if the marijuana consuming public can stay the course, and see that regualtions are truly legit and benefit the public as advertised, rather than be a tool of big corp for the complete takeover of the California - and World marijuana industry.

The situation could not be more clear;  at the end of the day, it is the public needs to do something concrete to better the situation and process, they need to put your feet on the ground as opposed to a bunch of chatter.   So fast forward to 2019 and beyone, your group action will determine the fate of your marijuana

“No fate but what we make.” - Terminator

420EVALUATIONSONLINE: Medical marijuana card holders don't pay State marijuana tax.  The tax on one ounce will be about $85, so having medical cannabis ID could easily save you $1000 per year.  Our online process to get a medical doctor's recommendation with a Marijuana ID Card or Grower's permit is simple, quick and very affordable.

Patients don't pay unless they are approved.  Renewals (in one year) also take only minutes to process.  Your Medical Marijuana ID can be used at all licensed dispensaries, cannabis clubs, cooperatives, delivery services and other vendors of marijuana in the State of California. 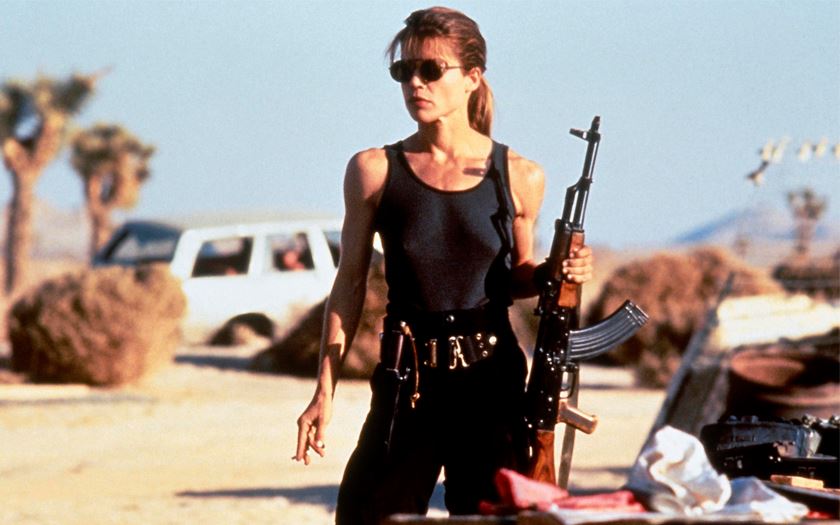 A SUMMARY OF SB-94 - THE NEW  MARIJUANA RULES

Though this article was written more than a year ago, it's concise summary of the important issues remains spot on, and relevant today.