We can hook you up with Medical Marijuana doctor coupons, deals, vouchers and great low price offers for first time Medical Marijuana evaluations or renewals in Victorville. 420EvaluationsOnline automated processes with a human touch make it possible for us to offer the most competitive price in the business and provide you with the best 420 deals.

VICTORVILLE - MARIJUANA IN THE CITY 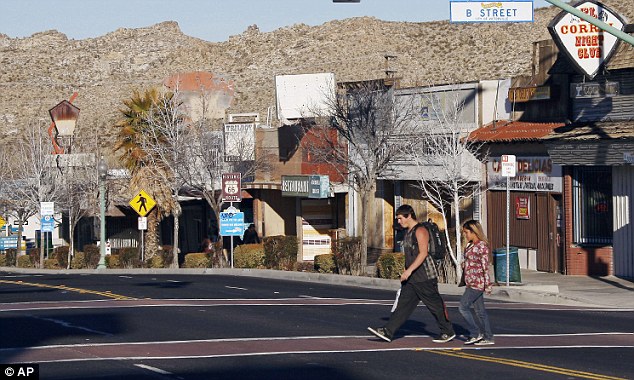 After the lands fell into American hands after the Mexican-US War of 1848, in 1858, a Mr. Aaron. Lane founded Lane's crossing station in  what is now known as Victorville, The station acted as a supply depot for gold miners and people making their way across the desert for whatever reason.  Lane's residence became the political center of activity where discussions and voting on various issues took place.

In addition to its strategic location, the telegraph came to town.   The US Postal Service is accredited for name Victorville, changing it from Victor Station to avoid confusion with the Colorado town of Victor.  The city of Victorville was officially incorporated by the State of California in 1962.

Did you know?
Herman J. Mankiewicz and John Houseman wrote the first two drafts of the screenplay for the film, Citizen Kane in Victorville (1940). World War brought the military to town with the Air Force, establishing a base in the 1940's and continued operations into the 1990's.

You can bet your bottom dollar that the founding settlers of Victorville never had this in mind. In 2007, Victorville hosted the DARPA Urban Challenge, a six-hour autonomous robot driving contest through the streets of the So-Cal Logistics Airport. The $2 million first prize went to the Carnegie Mellon University team.

Photo Credit
The basic economy today has been decimated.   Manufacturing and basic commodities industry basically does not exist.  Almost all jobs are in the public sector, producing no goods whatsoever.

The main employers are:

The City Council explicitly outlawed cultivation and other uses. The city already has a ban on dispensaries, but on Tuesday added cultivation, processing, delivery and mobile dispensing to its list of restrictions.

Brownie's, the "Railroad Dog's" tombstone lies in Victorville outside the Route 66 Museum. He was a mix of terrier and pitbull.  The brown colored Brownie acted as Victorville railroad station's mascot during the War. Brownie was hit by a car in 1943, and was nursed back to health by the railway's station telegraph person. Brownie made the station home and hung 24/7 under the telegraph operator's booth.

Train crews would feed Brownie meat out the door of moving trains. Brownie took over the territory and chased passenger's dogs that strayed from their rightful position on the train.

"Victorville. The High Desert as some may call it. A breeding ground for tweakers and mullets.
If you tweak you must be from Victorville". - Urban Dictionary

Facing a quickly approaching state deadline to exert local control on medical marijuana regulations, the City Council this week explicitly outlawed cultivation and other uses.
The city already has a ban on dispensaries, and now added cultivation, processing, delivery and mobile dispensing to its list of restrictions.

Up to six marijuana growing warehouses will be permitted to operate in this city’s five industrial parks under a new ordinance approved by the City Council.

The limit for permits to be issued started at five, then was bumped to six before officials lastly settled on letting the zoning in the city's industrial parks dictate the cap.

City officials estimate it will cost $7,000 to process medical marijuana cultivation permit applications, a fee they say falls in line with charges already put forth by two regional municipalities.

The city manager of Adelanto approved 25 medical marijuana cultivation facility applications, Adelanto City Officials stated.  This number came as a shock to Adelanto residents who believed that there would be 6-8 facilities.

The stage is now set for the Adelanto City Council to ask its residents to approve a tax on medical marijuana grow facilities within its jurisdiction, a proposition that will likely set Adelanto on a course to financial recovery. So far the city has approved 25 cultivation permits. Additional permits may be submitted for review.

The police are looking for any way they can infiltrate into marijuana events.  Marijuana-themed festivals often frequent the High Desert Event Center in Victorville, California because it’s one of the few state-owned venues in Southern California that hosts such events. The California venue is seen as “cannabis friendly” compared to others in the region.  Victorville officials are said to be worried. City officials urged state officials to cancel Chalice and other marijuana related events.
“Whether the Sheriff’s Department agrees or disagrees with the type of events hosted by the fair, we still have an obligation to police our city and will continue to do so,” -Captain Sam Lucia of the Victorville Sheriff’s Station.