We can hook you up with Medical Marijuana doctor coupons, deals, vouchers and great low price offers for first time Medical Marijuana evaluations or renewals in Vallejo. 420EvaluationsOnline automated processes with a human touch make it possible for us to offer the most competitive price in the business and provide you with the best 420 deals.

VALLEJO - MARIJUANA IN THE CITY

With a population of about 127,000 citizens, Vallejo ranks as the 49th largest city in California.

The city is home to the gigantic Six Flags Discovery Kingdom Theme Park, the defunct Mare Island Shipyard and houses the Regional US Forest Services Main Office.  The city has served as the state capitol briefly in 1852 and 1853.

The city began as a ranch granted to the founder, General Mariano Guadalupe Vallejo. Although the town is named after the great General, the original settlement is attributed to the American, John Frisbie.The great General though a Mexican army officer quickly recognized that the annexation of California to the United States would provide the better structure, greater resources from which to move forward.

One hell of a way to impress a girl.  Name a city after her!

Vallejo is named after General Mariano Guadalupe Vallejo, a native Californio who was a leading proponent for California's statehood. Senior Vallejo also became one of the first members of the California Senate.  It was a family affair, as the neighboring city of Benicia was named after his wife.

"The first Europeans were drawn to Vallejo's medicinal sulfur springs."

Vallejo would become a reconciliator between Mexican-Spanish and burgeoning American concerns. So profound was his influence that some 100 years later,  the US military named the submarine,  the USS Mariano G. Vallejo named after him. 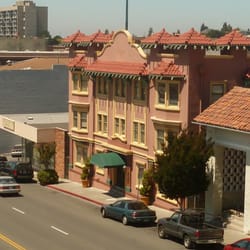 Today the top employers are in the public and health sectors. There is no homespun essential industry, manufacturing, agriculture, commodities to speak of.  In a nutshell, the people of Vallejo cannot take care of themselves and rely on the government and  foreign imports to keep them afloat.

Medical marijuana dispensaries in Vallejo will need to follow new rules if they want to stay open, the city announced today.

The Vallejo City Council voted Tuesday to adopt an ordinance that would allow dispensaries to continue operating if they show that they received a marijuana tax certificate before a moratorium on dispensaries was passed in early 2013, and have paid local and state taxes as well, city officials said.

FOR CONCERNED CITIZENS The City is interested in receiving your feedback and recommendations about medical marijuana industry operations in Vallejo.

Criminal attorney Joseph Tully, legal author and expert for national media outlets, leads an aggressive team of investigators, lawyers, and paralegals with a great record of positive outcomes. If you are charged with a crime in the San Francisco Bay Area or elsewhere, our complete focus will be on keeping you out of jail and minimizing the effect of criminal charges on your career, family, and future.

There's a ten foot tall head of a dachshund dog wearing a chef's hat and bow-tie sitting on a post at the intersection of Sloat Boulevard and 45th Avenue in San Francisco. Designated as an official San Francisco Landmark Number 254, the dog-head was located down the street outside a hamburger / hot dog Diner.

This morning, a group called Re-Start Vallejo submitted more than 9,000 signatures to Vallejo City Hall to stop the closure of Vallejo’s fourteen or so dispensaries and regulate the businesses once and for all.  The petition is a response to a May 26 ordinance in Vallejo, closing all dispensaries and rejecting millions of dollars in voter-approved medical cannabis taxes.

The Vallejo City Council has finally embraced the city’s taxpaying medical cannabis dispensaries, which have been legally operating and paying taxes since 76 percent of Vallejo voters approved a ballot measure in 2011 allowing taxation on cannabis products sold inside the city limits.

The Vallejo City Council has finally embraced the city’s taxpaying medical cannabis dispensaries, which have been legally operating and paying taxes since 76 percent of Vallejo voters approved a ballot measure in 2011 allowing taxation on cannabis products sold inside the city limits.

As of June 25, 2015, Ordinance No. 1709 N.C. “ An Ordinance Adding Chapter 7.100 to the Vallejo Municipal Code Pertaining to Medical Marijuana Dispensaries” has been suspended due to the filing of a referendum petition with the City Clerk.  Therefore, applications will not be received or processed until further notice. Please check back on the City's website for any further developments.

Ordinance No. 1709 N.C. “ An Ordinance Adding Chapter 7.100 to the Vallejo Municipal Code Pertaining to Medical Marijuana Dispensaries” has been suspended due to the filing of a referendum petition with the City Clerk.

Therefore, applications will not be received or processed until further notice. Please check back on the City's website for any further developments.

A 24-year-old Vallejo man was arrested in Suisun City on suspicion of charges related to marijuana sales on Saturday morning.

Around 11 a.m. on Saturday, Lorenzo Alex, 24, of Vallejo, was contacted during a traffic stop on Buena Vista Drive at Rio Verde Lane, according to Suisun City police.  During that contact, police said Alex had a firearm, a large quantity of marijuana and individually packaged plastic bags of marijuana in his possession.

Alex was arrested and booked in Solano County Jail on suspicion of transporting marijuana and possession with the intent to sell. His bail was set at $40,000, according to jail records.