We can hook you up with Medical Marijuana doctor coupons, deals, vouchers and great low price offers for first time Medical Marijuana evaluations or renewals in San Mateo. 420EvaluationsOnline automated processes with a human touch make it possible for us to offer the most competitive price in the business and provide you with the best 420 deals.

SAN MATEO  - MARIJUANA IN THE CITY 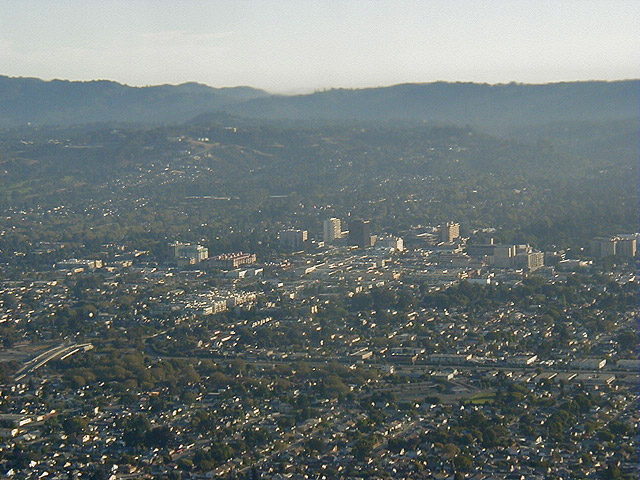 With a population of about 103,000 people, San Mateo is the 70th largest city in California and is an integral part of Silicon Valley.  The area around San Mateo was originally part of a Spanish Rancho.  At the time of Mexican Independence in 1822, there was little activity by the Spanish or anyone else for that matter. San Mateo consisted of three dozen Natives, possibly from the Salson Native Tribe.

However, when Anglo-Americans arrived in the area in 1827, they clearly saw nothing but potential.  in 1827, a Captain Beechey traveling in the hills and foliage was mightily impressed…

"It strongly resembled a nobleman's park: herds of cattle and horses were grazing upon the rich pasture, and numerous fallow?deer, startled at the approach of strangers, bounded off to seek protection among the hills."

In the1850s, it became popular for wealthy San Franciscans to built summer and permanent homes in the milder mid-peninsula area.

Did you know? Mr. A.P. Giannini, founder of the Bank of Italy (which later became the Bank of America), had a mansion at Seven Oaks. It's become a Registered Historic Place.  As fate has it, the estate is presently unoccupied and deteriorating badly.

Go figure, the Fed has trillions of dollars to blow on completely failed military exercises in the Middle East, meanwhile our historical landmarks and everything else is decaying to third world standards.  Check out the following mini-story about Giannini - the honor and integrity of a banker and his customer. Could this story happen today? Not likely, huh?

When There was Honor

"Immediately after the earthquake, Giannini moved the vault's money to his home outside the fire zone in then-rural San Mateo, 18-miles by horse and wagon. The money was moved in a garbage wagon, owned by Hayward resident Giobatta Cepollina, also a native of Italy. The cargo was disguised beneath garbage to protect against theft.

The fires severely heated the vaults of other big banks. Opening them immediately would ruin the money, so they were kept closed for weeks. Because of this, Giannini was one of the few who were able to provide loans. Giannini ran his bank from a plank across two barrels in the street. Giannini made loans on a handshake to those interested in rebuilding. Years later, he would recount that every loan was repaid."  - paraphrase Wiki

With trolley cars, decent bankers and a great climate, San Mateo was on track to become one fine city.

In the early 20th century, Japanese immigrants worked the salt ponds and the massive flower gardens. Although Japanese-Americans only account for 2.2% of the population today, they're a major and well respected cultural influence with their profound taste, demonstrated in beautiful gardens, that are now an official registered historic place.

Today, the top 10 employers in San Mateo are:


It is illegal for any marijuana entity to operate in San José without first getting a Notice of Completed Registration as a Medical Marijuana Collective from the City. Violators are subject to closure and fines of up to $50,000 per offense, per day, as well as criminal prosecution.

Currently, delivery businesses are illegal in San José, and any businesses that deliver in San José are doing so in violation of local and state law. Violators are subject to closure and fines of up to $50,000 per offense, per day, as well as criminal prosecution.  The City of San José is NOT taking new applications for Medical Marijuana Collectives at this time. The application period closed on October 17, 2014. Only the City Council can reopen it.

There are 16 Registered Collectives in San José. Any operators not on this list are violating local and state law.

ORDINANCE Smoking Ordinance in Public Places Effective November 5, 2015 the City of San Mateo updated the guidelines to the Smoking Control ordinance. This pamphlet contains a copy of the chapter amendments.

California cities create their own rules for medical marijuana

Two people were arrested Friday after officers discovered that a Suisun City home had been converted into a marijuana grow house, according to Fairfield police.

Next on Patch » Health Officials Warn: Hantavirus Found in San Mateo County It's On! Californians to Decide on Legalizing Recreational Marijuana Use