We can hook you up with Medical Marijuana doctor coupons, deals, vouchers and great low price offers for first time Medical Marijuana evaluations or renewals in San Diego. 420EvaluationsOnline automated processes with a human touch make it possible for us to offer the most competitive price in the business and provide you with the best 420 deals.

SAN DIEGO - MARIJUANA IN THE CITY

This article covers the essentials, what you need-to-know about Cannabis in the hoods of Silicon Beach.

Daygo is know as a fun laid back place, with its world class diving, beaches and perfect weather.

For much if it's history, San Diego remained a laid back out of the way place. That is, until the Railroad came in 1878 when Daygo joined the rest of California in its trek into the future.

Motion City is not without it's serious site, it caters to the Navy and industrial military complex big time.  And, America's finest city is among the leaders in healthcare, biotech and IT.

A moratorium was placed on new Medical Marijuana Operations in March 2016 effective in the County - but not inside city limits.

San Diego City Municipal Code allows up to 1 lb of marijuana, 24 plants in 64 square feet indoor, no outdoors growing is allowed, except in "a fully enclosed yard with a minimum six foot fence perimeter or a greenhouse or structure that must be locked or contained."

Disclaimer:  Before taking action, readers should refer to San Diego's official website,  or the original source,  to ultimately verify the accuracy of statements made herein.

HOW & WHERE CAN I BUY MEDICAL CANNABIS LEGALLY IN SAN DIEGO?

To purchase Marijuana from any licensed Marijuana Dispensary or Club in San Diego,  you'll need a Doctor's Recommendation and / or MMJ-ID.  Click on 420 Evaluations logo below to get a legal recommendation in minutes.

The process is 100% online, and is cheaper and much faster than a visit to the clinic -  you don't pay until a medical doctor has approved your case.

San Diego-based Med-West Distribution, which manufactured Cannabis oil for medical use was raided on Jan. 2016, after police received a "tip" that the company was illegally producing and distributing. Security footage shows roughly two dozen law enforcement officers with helmets, body armor and assault weapons, raiding the business. Employees were handcuffed and detained and then released.

The raid came as a complete shock to Mr. Slatic, Med-West CEO.

As of May, 2016, there were no charges filed, neither were seized assets and cash returned. This would seem to be a case of being assumed guilty until proven innocent.  Even his daughter's accounts were drained of their college funds.

Mr Slatic says the company will be fighting the case as best they can, despite having most of their money confiscated.

“We just thought that we were part of the responsible marijuana industry,” Slatic said.

With no money to pay employees, they closed operations in San Diego and Static say's we'll never reopen there given the DA’s office heavy handed crackdown on medical marijuana industry.  Med-West Plans to reestablish their business somewhere else as soon as possible.

Major Kevin recently proposed a sizable budget to be set aside to shut down illegal Marijuana Dispensaries. However, the police chief seems to have everything under control.  Read on.

In 2015m San Diego Police busted a dispensary operating illegally.  The dispensary in question was ordered to reimburse the city's code enforcement division $1,065 in investigation costs and pay a currently undetermined amount of litigation costs totaling a whopping $1.8 mil. 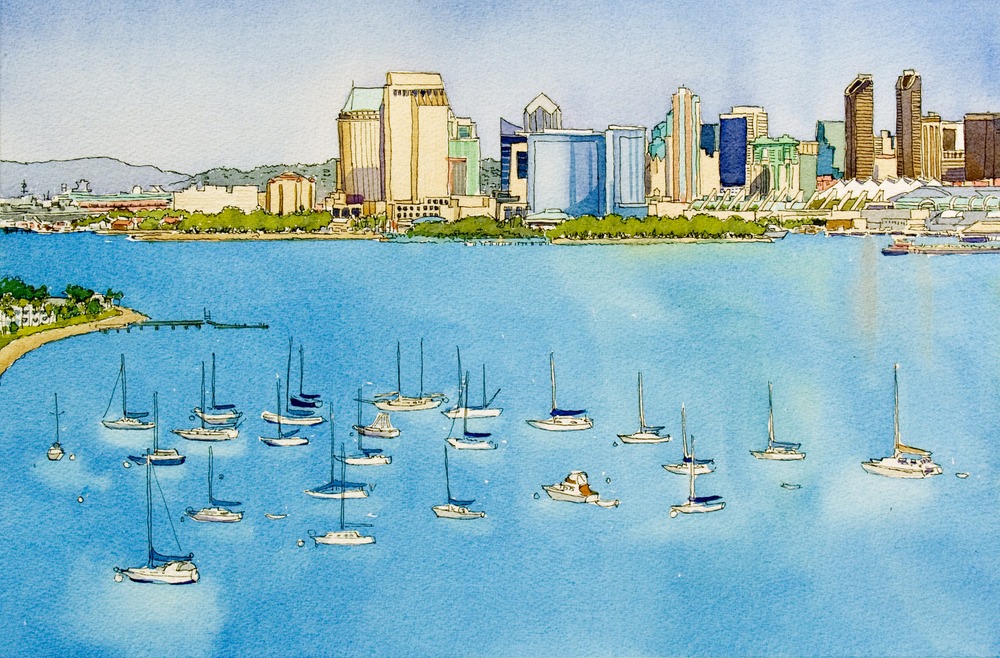