We can hook you up with Medical Marijuana doctor coupons, deals, vouchers and great low price offers for first time Medical Marijuana evaluations or renewals in El Monte. 420EvaluationsOnline automated processes with a human touch make it possible for us to offer the most competitive price in the business and provide you with the best 420 deals.

EL MONTE - MARIJUANA IN THE CITY 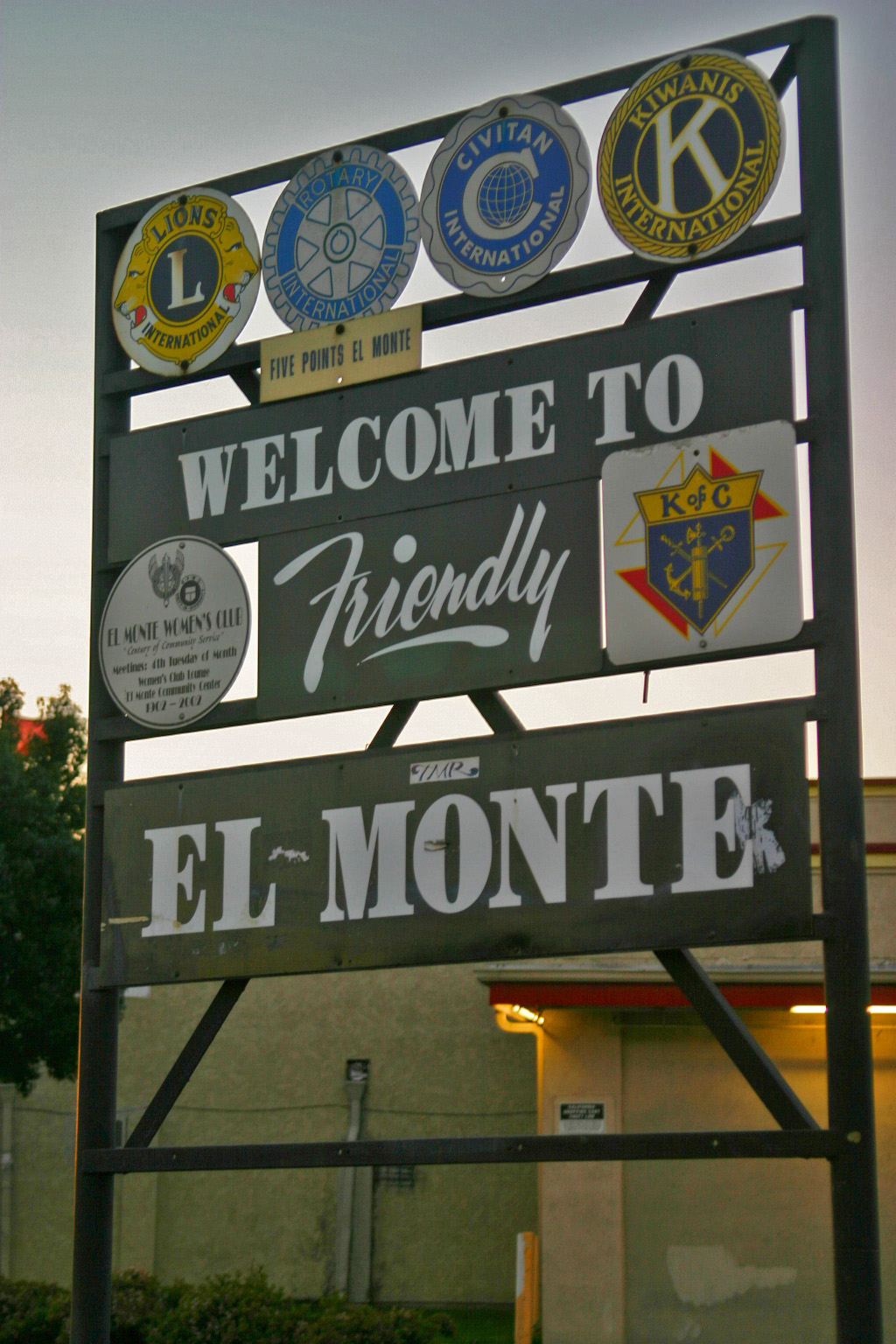 With a population of about 114,000, El Monte is the 51st largest city in California. El Monte's slogan is "Welcome to Friendly El Monte" and is also known as "The End of the Santa Fe Trail."

The first Europeans, missionaries and soldiers, arrived in the area in 1769.  In 1841, a group of travelers and settlers, now referred to as the Workman-Rowland Party, arrived in la Pueblo of Los Angeles. Real emigration began in 1849 with the discovery of goldfields in the vicinity.  Most of the Americans that found their way to El Monte were from Texas, Arkansas and Missouri.

These lucky migrants made their homes upon the bounty of fruitful, rich land along the San Gabriel River. The farmers made a go of it and the community expanded for years to come.  The settlement was briefly named Lexington, but for some reason the name was changed back to the original.   The town was an original wild west town, complete with bandit's, knife and gun fights, gambling and saloons.  Law enforcement included the vigilante "El Monte Boys" who lynched criminals or victims depending on the day of the week.

Southern Pacific built a railroad depot in town in 1873, while stimulating the growth of local agriculture.

El Monte was incorporated in 1912 and the administration granted single family houses to the people.  Locally there were racial and labor conflicts, where tenant Japanese and Latino laborers were systematically abused. Interestingly, the community has come full circle and has evolved into a majority Latino community with a substantial Asian minority population.

Today, El Monte is devoid of basic industry, commodities, agricultural processing or other base industries. Even the retail outfits are all foreign owned.  most of the sparse in-town jobs are in the public sector.

Oh my God.  The City of El Monte is actively engaged in a hard-ass War on Drugs.  A war which the majority of Americans do not want, cannot afford, nor believes in.  El Monte officials still lump Peaceful cannabis together with hard drugs, slot machines, prostitution and massage parlors.  If cannabis were 100% legal, what kind of money would the city save? Answer, a ton.  And how much tax revenue would be created.  Answer, a ton.  And what would happen to organized crime's income from Marijuana sales. It would evaporate.  Still, law enforcement in many parts of the country continues with these War on Drugs shenanigans.

"Due to California’s diverse culture and unique geography, there are many issues that affect the drug situation in California. Drugs such as cocaine, heroin, methamphetamine and cannabis are smuggled into the State from Mexico; however, methamphetamine and cannabis are produced and cultivated in large quantities within the State. The Special Investigations Team, in conjunction with the DEA, is working to eradicate these drugs."

420 Bailmeout There are essentially three ways we help you to post bail relating to criminal charges including Marijuana offenses.

DR Welch LAW represents citizens of El Monte in litigation relating to cannabis. They believe in the constitution and the protection of individual and small business rights that were established so wisely by the founding fathers..

Law Offices of Jacek W. Lentz - Services include the defense of medical cannabis, DUI, assault & battery, a probation or parole issue, or any misdemeanor or felony.

Ed Rosenthal, Legendary California Marijuana Grower & Activist Endorses MCLR – All about the morality and issues involved in State and Federal Marijuana Law.  Find out about The Marijuana Control, Legalization & the Revenue Act Initiative and Opposes AUMA and the Adult Use of cannabis Act which have major flaws.

The street value for the concentrated cannabis was estimated at approximately $15,000 and $70,000 for the unfinished cannabis product.

“LASD narcotics detectives discovered an active honey oil cannabis extraction lab, where approximately one pound total of concentrated cannabis and unfinished cannabis product were seized,” according to the statement.“.

A man was arrested for allegedly burglarizing an El Monte warehouse where authorities found more than 1,500 growing marijuana plants. Detained at the scene was Gale Berry, who was booked on suspicion of commercial burglary, possession of burglary tools and possession of a controlled substance.  Berry is being held in lieu of $105,000 bail.  An arraignment date has not been set.

“Further investigation determined that the burglarized property had been converted into an illegal, marijuana cultivation operation.” - Detective Luna

An alleged burglary at an El Monte warehouse led police to discover more than 1,500 marijuana plants and nearly 250 pounds of processed pot.

Police received a report that two burglars had broken into a warehouse at 2646 Strozier Avenue through a glass door. -  El Monte police Sgt. Richard Luna.

The Officer at the scene soon found and detained 43-year-old Gale Berry of El Monte at the scene.

“Further investigation determined that the burglarized property had been converted into an illegal cannabis cultivation operation.” - El Monte Police

Stand aside Moses.  We present Gloria Olmos: for South El Monte City Council and her "profound words of wisdom".